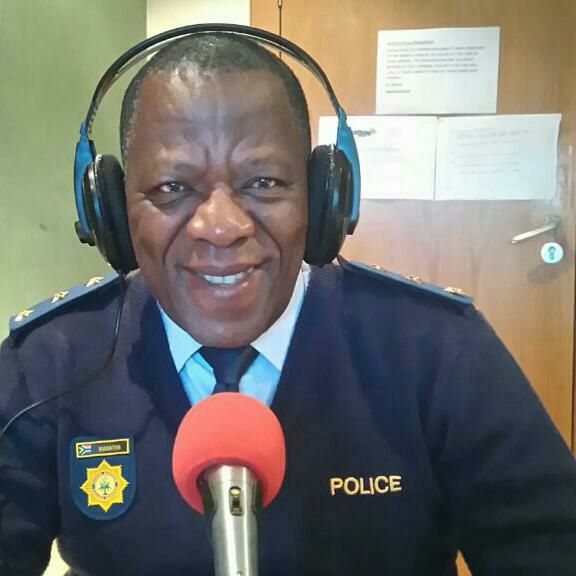 Known for providing most elaborate details of incidents of crime on radio, television and newspapers Captain Jackson Manatha has called it a day after 35 years in the police service.
“I knew this day will come as there is no beginning without an end,” said Captain Jackson Manatha as he left the SAPS Provincial communication group before returning all the state assets in his possession before returning to his ancestral home at Tutura Village, Centane
Jackson joined the police service on 15 October 1985 at Butterworth in the former Transkei, and according to the media release, he recalled, “I was very much interested in law and order and already experienced as a mine police officer since I worked as a mine police at Beiser Gold mine in Welkom in 1983.”
At a time for his training Manatha said, “I was supposed to undergo training for six months but because of insufficient supply of uniform we stayed for almost a year. We spent the Christmas and new year at the training college, but we never got lonely as we were a big intake of about 600 recruits.”
One incident that comes to mind is of a gruesome police attack at Madeira street, Mthatha while still undergoing training at the police college, as he explains that it was not easy then, as they had a police force enforced curfew that restricted human movement after hours. “Then, this frightening attack of police where three officers were shot at and three were fatally wounded. This was allegedly done by people who posed as requesting a curfew permit. Many police trainees wanted to leave police training after this gruesome attack. Some stayed and some left after training because of that attack,” recalls Manatha.
After police training, he joined crime prevention but also later dabbled as a court orderly. There was no court interpreter, and they requested his services which he gladly obliged. “That is when l accidentally became a court translator and almost got recruited by the Transkei Supreme Court, but that didn’t materialise and am grateful l remained in the police service,” he said.
Jackson worked at Butterworth but was unofficially appointed as a police spokesman for Butterworth in 1996 and was later promoted to the rank of a Captain in 2005, and this was the beginning of his journey as the official spokesperson for Butterworth police.
His exposure to communications, he became known to the media and was liked far and wide. He recalled his best moments in 2015 when he was awarded as the best Communicator in the Eastern Cape police.
Manatha is grateful for the opportunity of serving the police service and meeting all the different people in his 35 years of service, and that he looks forward to a restful retirement. “I intend to keep indoors and obey the corona virus prevention precautions. I will take care of my goats and sheep and occasionally l will share my wisdom or give sound advice to the community,” he concluded.
Eastern Cape Provincial Commissioner Gen Liziwe Ntshinga said it is unfortunate that Captain Manatha leaves the organization during such a critical time when people of his calibre and experience are needed to share and impart their wisdom to younger police members.

The Office of the Provincial Commissioner: Eastern Cape

Allegedly breaking the Guinness World record is Gosiame Thamara Sithole who reportedly gave birth to 10 babies at a hospital in Pretoria. The 37-year-old was...
Read more
Local News

BCM Water: Amongst the best quality, many disagree

Samples of the latest water quality test were released by Buffalo City Metro Municipality in an attempt to encourage residents to have confidence and...
Read more