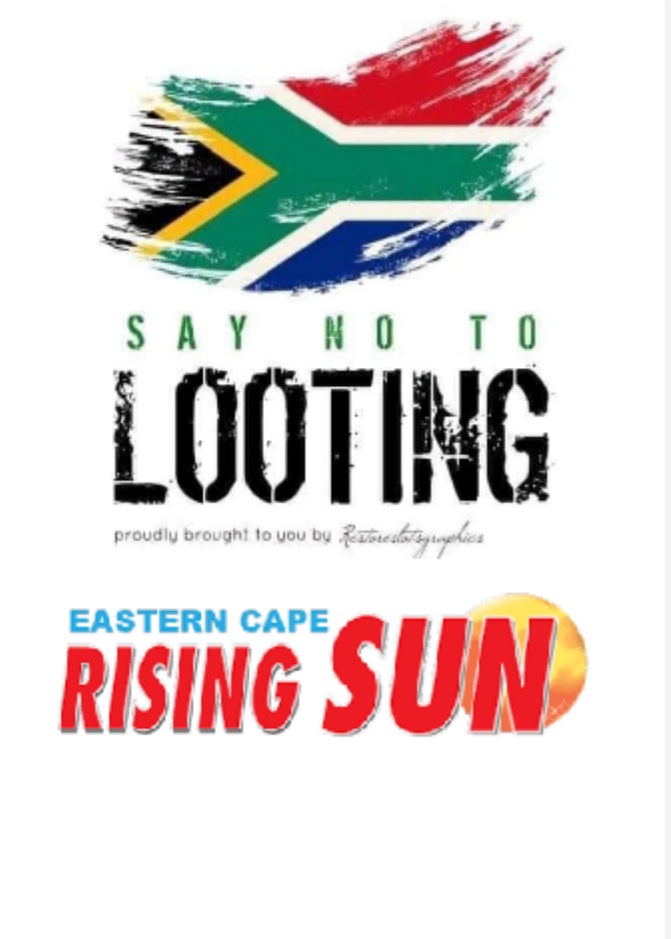 Taxi drivers and police have stepped up in protecting Buffalo City Metro and warn looters that they are ready to deal with anyone who breaks the law.

Fake reports and videos of looting at Hemmingway Mall and Vincent Park circulated, when in fact both malls evacuated customers and closed this morning.

The Eastern Cape Rising Sun visited both malls. A resident who picked up his family members from the Mall during the evacuation stated, “It did look chaotic, but there was no looting. Between the security, SAPS and some of the taxi drivers who helped, everything is now clear around that area.”

More police officials were deployment to stand guard in the central business districts of East London, Bhisho, Qonce, and nearby regions, amid fears of disturbance. Panic set in after an unsubstantiated letter circulated on social media ‘inviting’ the public to set fire to East London’s Oxford Street and the Eastern Cape capital of Bhisho.

To this, BCM Executive Mayor, Xola Pakati stated, “We must commend the residents of our Metro for not participating in the acts of looting despite the sinister mobilisation that was happening on social media. It is very encouraging that our residents are choosing to protect our economy, our jobs, and our livelihoods.”

TAXI ASSOCIATION SAYS “NO TO LOOTING”
The South African National Taxi Association (SANTACO) EC will not participate in the looting and vandalism that is sweeping the Republic and has pledged to work hand in hand with the police to combat it. Instead, they are urging all members and drivers to defend such properties and act harshly with individuals who are disrupting our operations.

“We have deployed some taxi drivers to different areas to patrol along with the police for any unusual movements”. There are people patrolling in Kidzz Beach, Mdantsane Mall, Gonubie, and the East London CBD,” stated Gabs Mtshala, the Deputy Chairperson of SANTACO EC

Mthuthuzeli Madwarha, the chairperson of the Santaco EC concluded, “Allowing malls, shopping centres, and businesses to be demolished and shuttered would result in a lack of passengers and, as a result, a loss of revenue. Our Taxis would be seized, and we would never be able to recover. During the epidemic, we suffered significant losses, which we never fully recovered from. In our name, no Criminal Element will be promoted”.