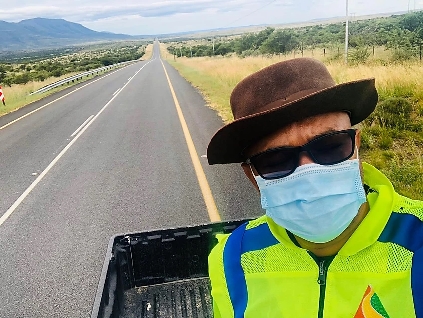 Two suspects from iDutywa have been charged with fraud after they were arrested for selling permits in iDutywa to people who were returning to Cape Town recently.

The twosome, aged 20 and 39 years old were found in possession of two laptops and two printers. They appeared in iDutywa Magistrate court for contravening the Disaster Management Act Regulations.

The Eastern Cape recorded its lowest numbers for crashes and road fatalities this past Easter due to low traffic enforced by the Covid 19 lockdown.

23 people lost their lives in nine crashes, with 15 people dying from a bizarre taxi and truck accident in Mount Ayliff. In 2019, there were 68 fatalities from 55 crashes.

Almost a thousand South Africans who tested positive to the virus have regained their full health in March and April, although infections have risen to 3 034.

Mother and daughter from Southernwood who tested positive before Easter are said to be on a journey to full recovery because they followed all the government stipulations and received treatment in hospital.

With the Eastern Cape having 270 confirmed cases of Covid 19, the Health MEC Sindiswa Gomba is desperately seeking to flatten the curve of this outbreak by applying stricter regulations to funerals.

” ….We have to do things differently. There should be no tents or catering at funerals. Only family members and people from the funeral parlour should be in attendance,” said Sizwe Kupelo, Provincial Health spokesperson.

The government is particularly concerned about funerals in rural areas and townships, where scores of people visit the bereaved family for prayer services and to offer condolences daily until the day of the funeral. This exposes more people to the coronavirus.

This practice, the MEC has applied to the EC Premier, Lubabalo Mabuyane, to have it banned.