Funerals, the leading cause of virus spread in EC 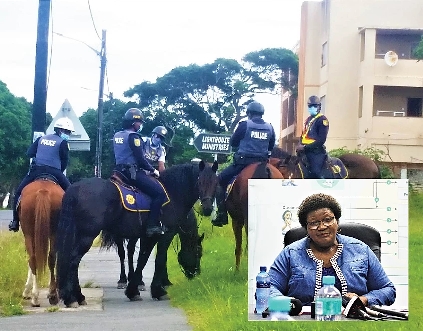 There is scientific evidence that shows that funeral gatherings are a major contributing factor in the increase of Covid-19 cases in the Eastern Cape, according to MEC for Health, Sindiswa Gomba. She lashed out at funeral organisers and mourners for putting people’s lives in danger.

This is after the Coronavirus has claimed four deaths in the province and 220 people have been infected in less than a month during the nationwide lockdown. Buffalo City Metro has 91 cases, with 72 coming from the WestBank prison. The prison’s first case came after an official attended a mass funeral with international guests.

“We call on bereaved families and communities to stop organising funerals with large numbers of people exceeding the stipulated number of 50 mourners. We welcome the arrests by the police against funeral organisers and mourners that exceeded the number 50,” Gomba said during her address in Quigney, East London this morning (Friday, April 17).

Those who attended a funeral and suddenly develop flu-like symptom must immediately contact the 24-hour toll-free number, 0800 032 364 to leave their contacts/addresses for essay tracing and follow-ups.

The Eastern Cape public has been accused of disregarding the lockdown regulations, particularly by the youth in areas such as Baziya in Mthatha, Kwambiza, Gxulu, Mgwenyane and more areas in the OR Tambo district. The police and the army are said to have stopped a few soccer tournaments.

“This is selfish behaviour. We cannot have some people running around freely while some are on lockdown”.

The MEC gave an update on the first case of Corona in Southernwood involving a prison warder and her daughter. The two are said to be recovering in hospital and are monitored by a private doctor, the Department of Health as well as Correctional Services as apart of occupational health.

“I want to send a stern warning to parents to refrain from allowing children to leave the yards to roam the street. Parents must stop being careless”.

She also addressed matters of hygiene and waste management in Southernwood and the rest of the province, brought up by an Eastern Cape Rising Sun video published earlier this week. She detailed that dealing with Covid-19 is an integrated approach from various departments and waste management is the responsibility of the local government, municipalities.

The province has been widely criticised for the manner in which it has dealt with this outbreak in various public platforms.

“We want to assure EC citizens and those in other parts of the country who call our beautiful province home, that we are doing our best. We have a team of dedicated health professionals that are hard at work saving lives. We appreciate and welcome constructive criticism as this is a societal issue that needs all hands on deck,” said Gomba.

Buffalo City Municipality has urged customers to use revenue services closer to them, concerning the billing inquiries, which have caused long queues outside BCM...
Read more