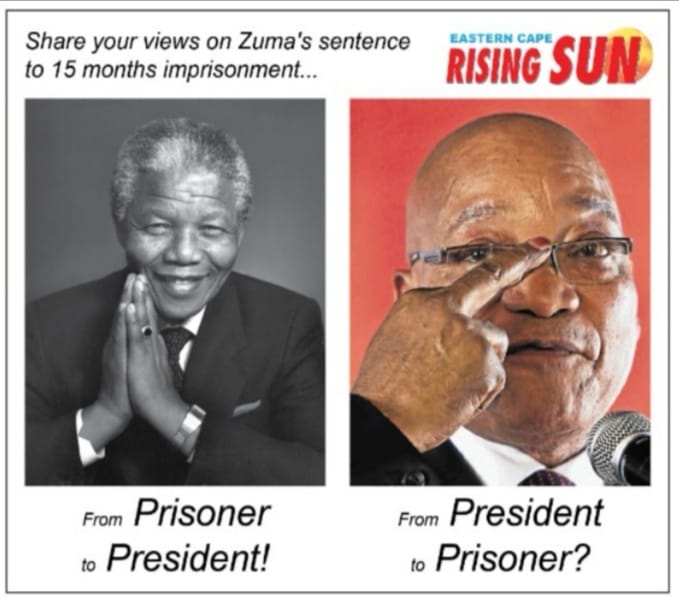 On Sunday, the world over will celebrate Nelson Mandela International day in honour of the former President who united a nation and brought about a free democracy.
In this same month, many South Africans are ashamed, as former President Jacob Zuma (79) began his 15-month jail sentence for contempt of court.
Zuma is inside the Estcourt Correctional Centre for failing to attend a corruption inquiry, while many of his supporters create chaos outside.
“We are the first country in the world to have a Prisoner become a President and now a former President becomes a Prisoner. More corrupt politicians wasting tax payers money must be locked up,” lashed out an Eastern Cape resident.
Protesting for Zuma
“Look at the barbaric behaviour of these Zuma supporters. They protesting, looting, damaging vehicles, and harming innocent people… Our President can only call for calm. Why don’t they call for the Army and police to patrol and enforce the law? I hope voters remember all this come election day later this year,” he concluded.
Serving others for Madiba
On his 90th birthday, Mandela encouraged the nation to dedicate 67 minutes to make a contribution to global humanitarianism. While dark clouds loom over Zuma and his supporters who burn trucks and disobey Covid regulations, there are brighter skies ahead as many plan their Mandela Day projects to honour a humble and honest leader in Tata Madiba.