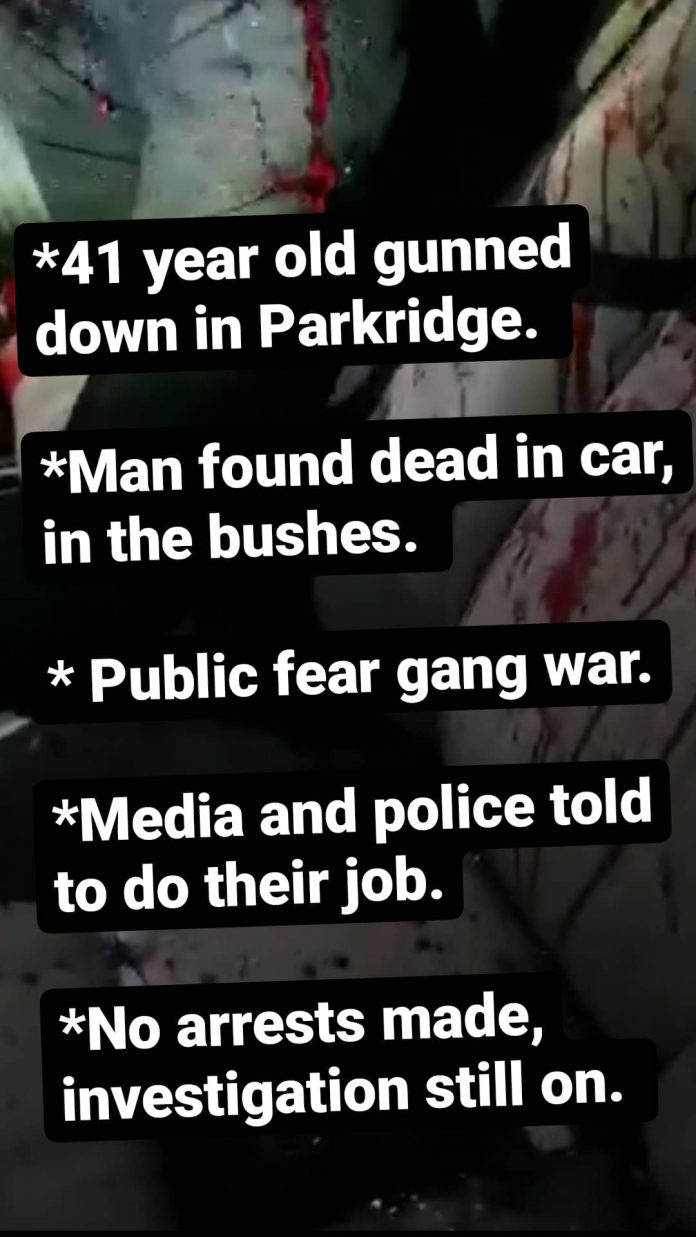 A case of murder is being investigated after a 41-year-old male was allegedly gunned down while driving along Parkridge on Saturday evening.
The deceased, believed to be the son of an alleged drug lord in East London was found in his car by the bushes alongside the road.
While there is much speculation around the incident, according to SAPS, Captain Khaya Tonjeni, the victim was passing Isaiah 58 when shots were fired from behind his vehicle.
No suspects have been arrested as police continue their investigation promising to keep the media informed of future developments regarding this incident.
The man’s death has caused some panic in the community. Many are now afraid of possible gang wars resulting in more danger in the neighbourhood.
Eastern Cape Rising Sun took to the streets of Parkside to speak to residents, many of who preferred not to comment out of fear for their safety and that of their families.
Speaking anonymously, “We afraid to voice our views. It is sad that this man died in that manner, but if drugs are involved it is ruining our future generation and that is like taking many people’s lives.”
Another resident lashed out at the media and police saying, “I do not want to comment on this but what I will say to you, why don’t you people as the media go and get your news from the police. You come here, ask us, and by involving innocent people, our safety and our families are at risk. Go photograph and write about what the police are doing to make our area safe from such drugs and crime to not happen here. Put them in the spotlight, not us.”