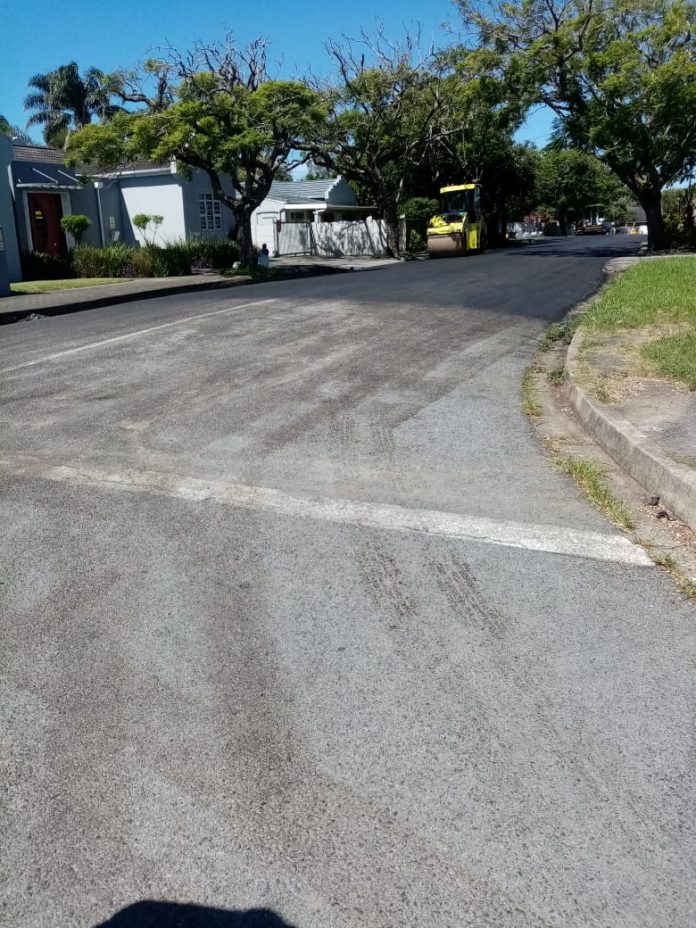 Motorists and residents in Essex Road and parts of Braelyn are relieved at the sight of contractors fixing potholes in the neighbourhood. It’s taken three months for BCM contractors to fix the roads. Last October and December, the Eastern Cape Rising Sun reported on roads with potholes that were not being attended to, like Essex Road and roads without any potholes, being redone. At the time, residents and businesses along Western Avenue, could not comprehend why BCM would fix a road without any potholes and leave roads like Essex which runs adjacent to Western Avenue, littered with potholes. Today, Essex Road is finally being fixed and residents were thankful to BCM for finally addressing their needs. “At least I don’t have to go do balancing for my car tyres as often now, because the road is fixed, thank you BCM and Eastern Cape Rising Sun for reporting on this matter and following it up,” commented a resident.

The following are the pages where the Potholes were featured.