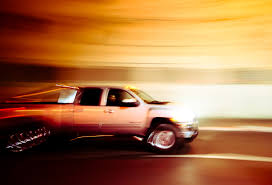 A video of an illegal high speed drag race on the N2 outside Qumbu has shocked the Eastern Cape due to its reckless nature on Thursday, May 21. Eastern Cape Transport MEC, Weziwe Tikana-Gxothiwe has condemned in the strongest possible terms, the heedless and murderous behaviour of those who have been captured on video.

Arguably one of the busiest national roads, the N2 stretches from Cape Town, through Eastern Cape and KwaZulu Natal to Mpumalanga. At least three bakkies can be seen driving at a very high speed, with scores of community members, parked, cheering and lining very close to the road while others can be seen standing on the back of bakkie, screaming and cheering.

Tikana-Gxothiwe has challenged law enforcement to move with speed in tracking down and arresting all those involved.

“This kind of behaviour is completely unacceptable and those behind this deadly act have got to face the full might of the law. Such an act can result not only into the death or life-altering injuries for the drivers and their spectators but also to innocent fellow road users, bystanders and even innocent people in the houses along the road. We have to get to the bottom of this and there’s got to be consequences for those involved,” said Tikana-Gxothiwe.

She also expressed shock that people would race on one of the busiest national roads as the It is also a road that continues to have a high frequency of trucks, ferrying freight even during this period of a National Lockdown.