South Africa has no reported or suspected Coronavirus cases 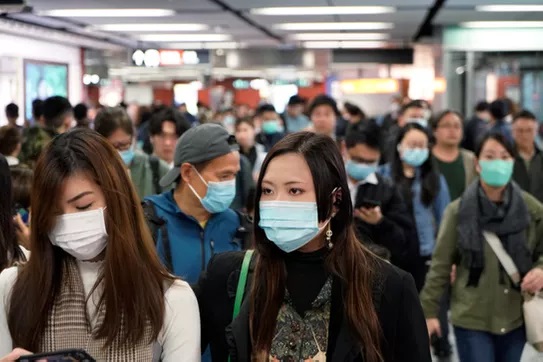 A fake message is circulating around Buffalo City, urging people to stay away from China Mall as most owners have returned from new year celebrations in China, fearing they might be carrying the Coronavirus. Sizwe Kupelo, spokesperson for the provincial Department of Health confirmed the message is fake and that Minister of Health Dr Zweli Mkhize has assured that the country is coronavirus free.

Addressing the media on Wednesday, January 29, at the centre for National Institute of Communicable Diseases (NICD), Dr Mkhize announced that the country is adequately prepared for surveillance, early detection, case management, tracing and prevention of the Coronavirus infection that has claimed 6 000 lives in Wuhan City, China since the one isolated case in December 2019.

All returning international travellers undergo routine temperature screenings. If a traveller is found to have an elevated temperature, they are assessed by a nurse and if determined to be a suspect case, they are transported to a health facility for further management.

“Closer to our shores, we are aware that there is a suspected case under investigation in Zambia and that the NICD is closely monitoring that situation,” he said.

“Research into the epidemiology and natural history of the virus is ongoing. Although the origin of the disease in China is suspected to be zoonotic (animal origin), evidence suggests that the current spread is from human to human.

Typically, patients present with flu-like symptoms and cough. The disease can be complicated by shortness of breath, multi-organ failure and death. Most fatalities reported were elderly people or persons with pre-existing co-morbidities, suggesting that these are the population groups that are most at risk,” said Dr Mkhize.

The virus has spread to more than 15 countries since it emerged out of Wuhan late last year, although all confirmed fatalities have so far been in China. Wuhan City is quarantined and 5 million citizens have been evacuated.

Members of the media were given a walk through the Emergency Operating Centre to see the ‘expertise that goes into responding to a disease outbreak that could be potentially pandemic’.

“There is no recommendation to restrict travel and trade but it is recommended that non- essential travel to Wuhan City or Hubei Province should be avoided or postponed. A hotline has been set up at the NICD to field questions from clinicians

So far, South Africa has developed and distributed clinical guidelines and case definitions to doctors and nurses in both the public and the private sectors containing information on how to diagnose and respond to a possible case.

Provinces have activated outbreak response teams and are on high alert to detect and manage cases that may arrive in the country.

“The government of China has reassured us that there is no evidence to support the necessity to evacuate foreign nationals living in Wuhan City and they have called for calm in this respect. They have promised to avail medical assistance to everyone infected. All persons entering or leaving Wuhan are subjected to a 14-day quarantine to ensure they do not develop symptoms,” he detailed.

Meanwhile, all citizens must avoid close contact with people suffering from acute respiratory infections. Frequent hand-washing, especially after direct contact with ill people or their environment is advised. Avoiding unprotected contact with farm or wild animals if travelling in China. When sneezing or coughing, it is better to cover your nose and mouth.

The Department of Health will issue daily updates by voice notes and through radio stations to keep the public informed and abreast of developments until the situation abates.

Buffalo City Municipality has urged customers to use revenue services closer to them, concerning the billing inquiries, which have caused long queues outside BCM...
Read more
Local News